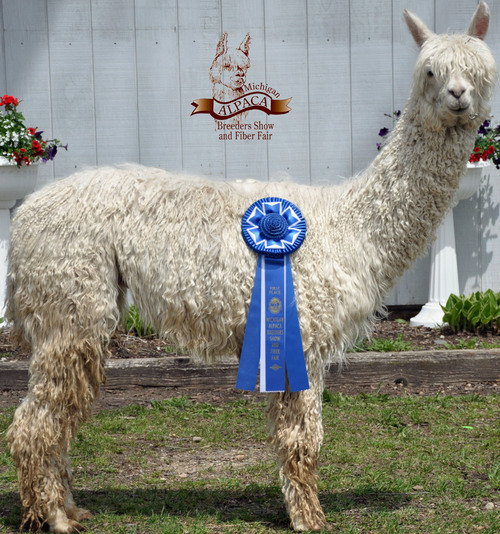 $1500.00
Ask a question
Details
Certificate Histogram EPDs
Upon returning from Sunday morning church service, we were pleasantly surprised to see this brillant, white cria standing proudly in the pasture. He looked at us as if to say, "Where ya been?"

Being the third junior herdsire born on our farm, this lustrous, energetic cria was quickly named Fort Fisher's Thomas Jefferson (aka Jefferson) after our third president and author of the Declaration of Independence. Just as the President doubled the size of the United States through the purchase of the Louisiana Territory from France, we trust this up and coming herdsire will double our "territory" with fine, lusterous, consistently locked crias.

Jefferson received First Place (out of six) at the 2014 AOA World Fleece Show! His fleece has excellent regrowth and we are excited for his Herd Sire career to begin! With his father receiving the 2009 Spirit of the Industry Award, Jefferson has great fleece genetics to pass on to the next generation!

His 5 yr histogram and 7 yr fleece wt. (6.2#) are above the 2018 National average! If you are looking for a Dominant White with consistent fleece and Top EPD producer, Jefferson is your herd sire!!!

Take the time to visit the FORT! Evaluate for yourself whether Jefferson will expand your "territory" with his fine qualities and full peruvian, 1/2 accoyo heritage.
Scientific Data
Awards

We offer flexible, interest free financing to meet your needs. 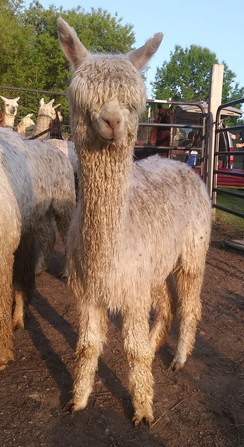 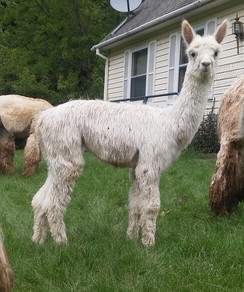 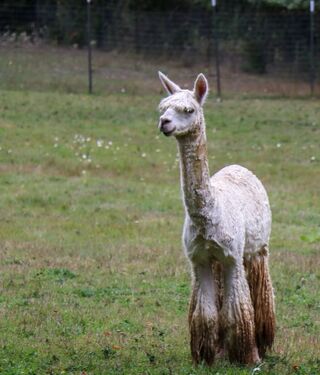