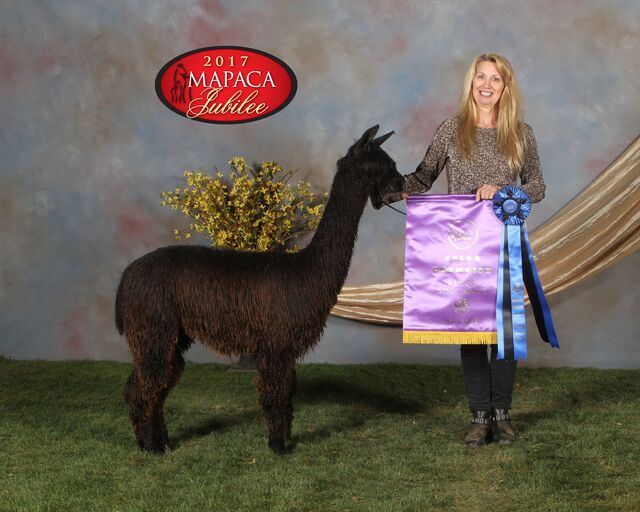 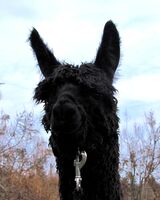 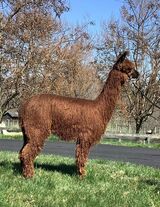 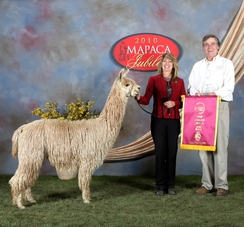 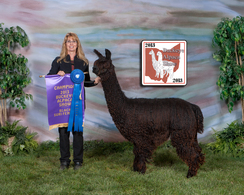 Mannix has beautiful slick, drapey fleece, luster like a shining light, and above average density. His dam, Black Swan, is the daughter of a long line of champions, and is herself a Champion. Black Swan is the daughter of MacGyver's Balboa, a true black who racked up 16 Championships in his show career. Black Swan's dam is the grey Silvana of PVA, a champion herself who has never placed lower than 2nd. Silvana's sire is Montoya of PVA, and her grand sire is Mahogany Prince of PVA, another multiple champion.

Check out Mannix at Fleur de Lys Alpacas farm to schedule a "date" for your maiden or dam!

We offer flexible, interest free financing to meet your needs.